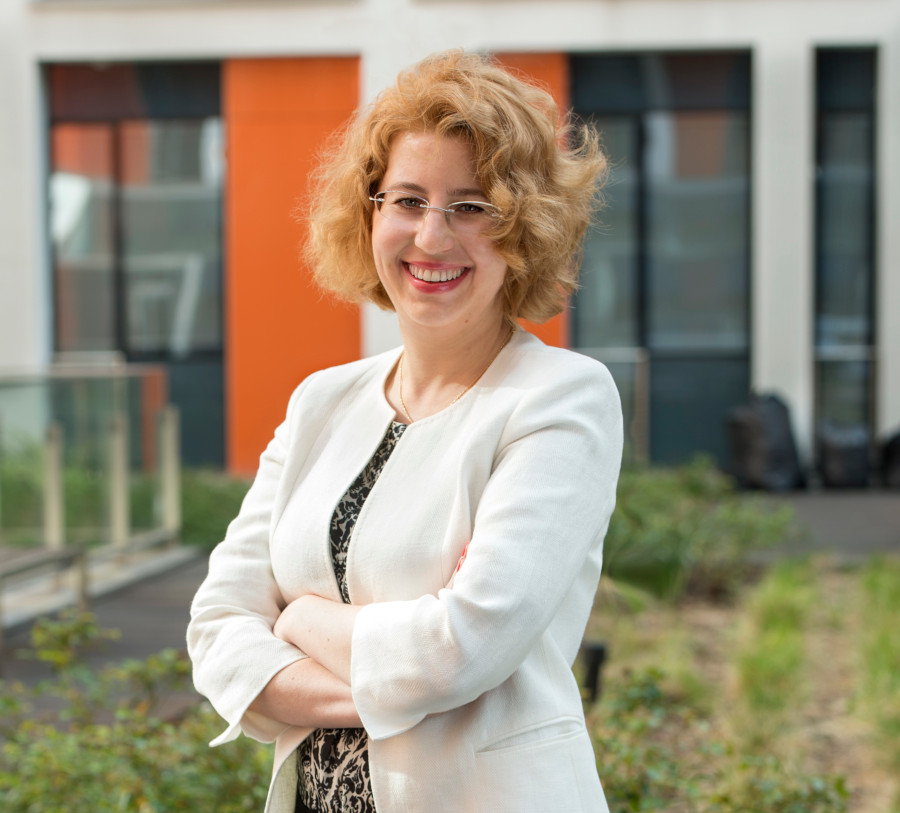 Magdalena Stobińska graduated from the Faculty of Physics, the University of Warsaw, where she studied in the years 1998-2003. In 2007 she received the Ph.D. degree in physical sciences defending the thesis The Squeezing and Entanglement Effects in the States of Light in Kerr Medium. In 2015 she obtained a habilitation in the Institute of Theoretical Physics and Astrophysics, the University of Gdańsk, based on a series of thematically related publications, entitled The Analysis, Characteristics and Detection of Nonclassical Properties of Macroscopic Quantum States of Light. Experimentally-friendly Theory. In 2008 Dr. habil. Stobińska received an Alexander von Humboldt Fellowship in the Max Planck Research Group in Erlangen (Germany) and next, between 2008 and 2012, she was employed in the Max Planck Institute for the Science of Light and the University of Erlangen-Nuremberg . From January till April 2017 she stayed as a visiting professor in the Clarendon Laboratory, the University of Oxford.

Magdalena Stobińska collaborates with numerous research institutions. The partners in the currently realized projects are: the University of Paderborn (the group of Prof. Christine Silberhorn), the University of Oxford (the Group of Prof. Ian Walmsley), the Max Planck Institute for the Science of Light (the Group of Prof. Gerd Leuchs) and the University of Geneva (the Group of Prof. Nicolas Gisin). She performs various duties for the international scientific society. Dr. habil. Stobińska is an expert of the European Commission, a referee of several scientific journals and was a member of the Young Researchers’ Council at the Ministry of Science and Higher Education (2013-2015). In 2015 she was the co-chair and organizer of ICSSUR – 18th International Conference on Squeezed States and Uncertainty Relations. Dr. habil. Magdalena Stobińska is also a laureate of the Scholarship for Outstanding Young Scientists (2014-2017).

The newest publications of Magdalena Stobińska: