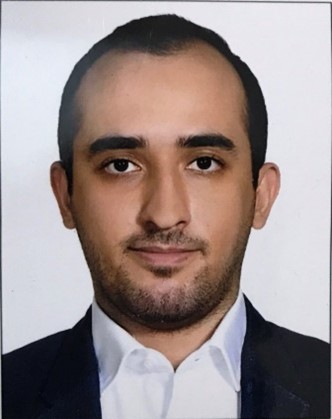 Morteza Moradi comes from Iran. He graduated from the Sharif University of Technology, Faculty of Physics in 2020. He specializes in Quantum Information & Computation.

Before college, Morteza had a deep interest in math which led him to win silver and bronze medals in National Mathematics Olympiad in Iran (2009-10). He also was interested in classical physics which influenced his choice of a university degree.

After starting the graduate studies, he was excited by novel ideas of Quantum Information and its interdisciplinary nature: physics, information theory, and computer science. Then he joined the Sharif Quantum Information Science Group and started to take Ph.D. courses on Quantum Computation and Quantum Information. During these courses, he got familiar with various topics related to open quantum systems, quantum communications, quantum error correction, information theory, and quantum algorithms. Morteza also tried to deepen his perception of the mathematics of physics and build a concrete broad knowledge during his studies, so he took courses on Group Theory and Advanced Mathematical Physics and also, self-studied Geometry of Quantum States. His main motivation was deeply understanding the mathematics governing the space of quantum states & channels and using it on the related topics such as the space of density matrices and quantum channels, purification of mixed states, and entanglement criteria.

Additionally, to increase the knowledge of quantum information, he participated in international conferences such as Advanced School and Workshop on Ubiquitous Quantum Physics at ICTP in Italy, and IICQI and QIOQS in Iran.

Morteza is the author of several papers. His first peer-reviewed article is Exact Generation of Quantum States by the Dynamics of Spin Chains under the supervision of Professor Vahid Karimipour. They proposed an analytical method of generating quantum states via the evolution of spin chains which led to his first publication [PhysRevA.99.052115 (2019)]. Afterwards, they contributed with Professor Karol Życzkowski and worked on the Quasi-inversion of classical and quantum channels. They proposed a method for calculating the quasi-inversion of channels by arbitrary finite dimensions [published in J. Phys. A: Math. Theor. 54 345301 (2021)].